Tie up and repair damaged wires

If there is a defect, the following treatment methods should be adopted to deal with it.

In the course of laying out or transportation, the edges and burrs caused by the collision or dragging of lightning arrester wires with hard objects, steel-core aluminium alloy strands or lightning arresters whose damage cross-sectional area is 5% or less of the cross-sectional area of the conductive part and whose strength loss is less than 4%, can not be repaired, and can be rubbed flat along the strand direction with No. 0 sandpaper, and cleaned with sandcloth. 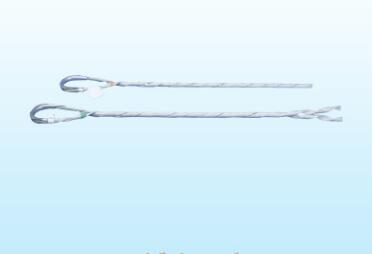