At present, China's total installed power supply has exceeded 1.3 billion kw, according to the unit CDP energy consumption level of developed countries, such installed scale can basically meet the power demand of China's national economic development in a considerable period of time.we are armor rods equipment for sale,you can buy it.

Therefore, during the 13th five-year plan period, on the basis of maintaining the appropriate proportion of power supply scale growth, we should focus on the structural adjustment and the development and utilization of new energy.

(1) to coordinate the development of power supply projects and accelerate the adjustment of the power structure.

First, we will actively encourage and support the development of wind, solar, biomass and other renewable energy sources for power generation.

Solar and biomass power generation should gradually reduce costs and achieve industrialization. We will accelerate the promotion of power generation by distributed energy systems, adopt the operation mode of "self-use, Internet access with surplus, and power grid regulation", and gradually increase the total proportion. At the same time, in cities at or above the county level, where conditions permit, the active use of waste incineration power generation projects. 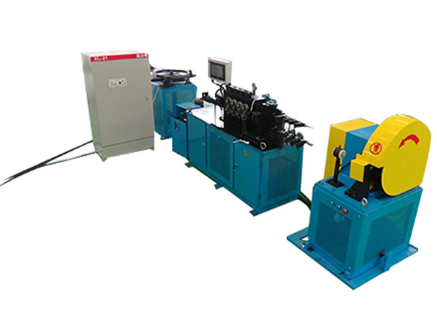 Second, we will vigorously develop hydropower.

At present, China's hydropower 301.83 million kilowatts, accounting for 22% of the total installed power generation capacity. For many years ranked first in the world. Hydropower accounts for 9% of the primary energy generation and 19.20% of the national electricity generation. According to China's hydropower reserves and development prospects, we should pay attention to giving full play to the overall benefits of the basin and the comprehensive benefits of the project, make scientific and reasonable use of hydropower resources and protect the ecological environment, and ensure that the reservoir area immigrants are properly settled and have a stable capacity for later development.

With the help of the rapid advance of the central government's "One Belt And One Road" strategic concept, "made in China" has also accelerated the pace of transnational development, and the outward investment of manufacturing industry shows a rapid growth trend.

According to data released by the ministry of commerce, China's outbound investment in manufacturing reached 5.09 billion us dollars in the first half of the year, up 63.1 percent year on year. Exports of complete sets of equipment reached us $60 billion, up 10 percent year-on-year. China's high-speed rail in Africa, South America, Thailand, Indonesia frequently won large orders; China's third-generation nuclear power technology is also expanding into Africa, Europe and South America.