China's power development and forecast in 2020

the emphasis on domestic resources to focus on the use of two resources and two market directions, the decentralized development of sub-industries to the direction of

In the future, China's energy base will be in the form of “5+2” support, namely 5 energy bases—Shanxi, Xinjiang, Mengdong, Southwest, Erdos Basin (including northwestern

and central regions received 350 million kilowatts of electricity, of which 37.4% came from Jinshan and Mengning. From 2011 to 2020, the newly added electricity in the above

five places will account for 59% of the country. The National Energy Administration proposed that one of the key points of this year's work is to promote 14 large coal bases,

1) The clamp has high strength and reliable grip. The clamping strength of the clamp is not less than 95% CUTS (the twisted wire calculates the breaking force).

2) The stress distribution of the twisted pair of the clamp is uniform, and the strand is not damaged, which improves the anti-vibration ability of the strand and greatly

prolongs the service life of the wire.

3) Simple installation and easy construction. It can greatly shorten the construction time and can be operated by one person without any special tools.

4) The installation quality of the clamp is easy to guarantee and can be inspected with the naked eye without special training.

5) Good corrosion resistance, using high quality materials. The material is exactly the same as the wire, ensuring that the clamp has strong resistance to electrochemical 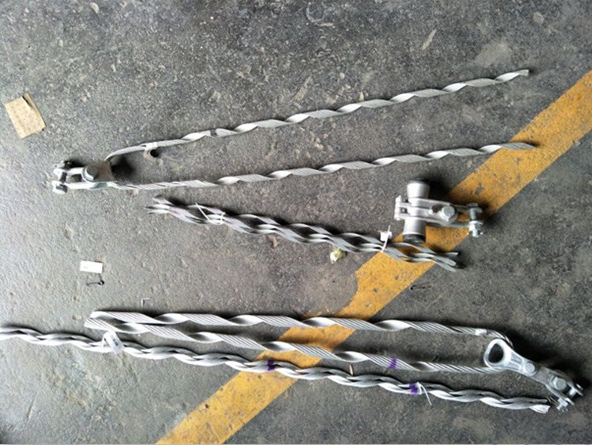